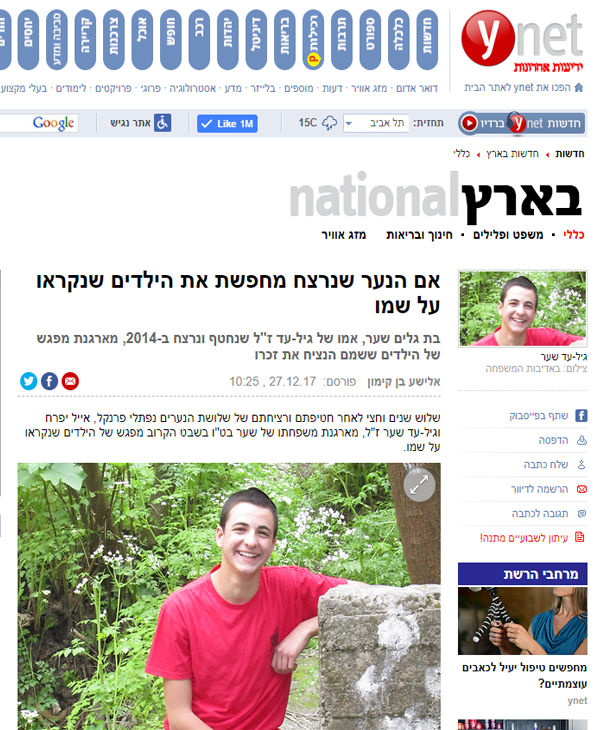 Bat Galim Shaer, the mother of Gil-Ad, z”l, who was kidnapped and murdered in 2014, is organizing a gathering of children who where named in his memory.

Three and a half years after the abduction and murder of the three boys, Naftali Frankel, Eyal Ifrah and Gil-Ad Shaer z”l, the Shaer family is organizing a gathering on Tu Bishvat of all the children who carry his name.

© All rights reserved to SONSHINE 2019